Log in Register
Search
Menu
Log in
Register
You are using an out of date browser. It may not display this or other websites correctly.
You should upgrade or use an alternative browser. 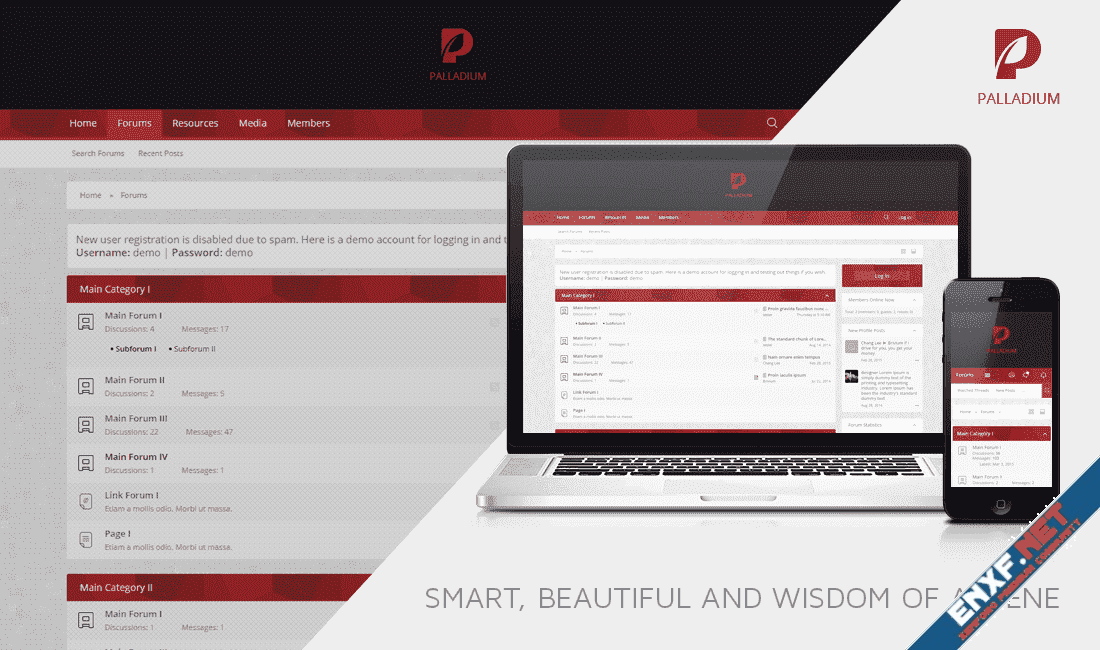 Palladium XenForo 2 Style is named under the name of Palladium chemical element with symbol Pd and atomic number 46. It is a rare and lustrous silvery-white metal discovered in 1803 by William Hyde Wollaston. He named it after the asteroid Pallas, which was itself named after the epithet of the Greek goddess Athena, acquired by her when she slew Pallas.

The design of Palladium is pretty simple. Just the navigation bar is stylized a little bit to make it in cubidform. The whole forum is kept in the milk-white color, and also the header and footer are black, while the bars in all forums are red one – The color of strength and wisdom of Athena.

Pick the Palladium to have what human desire about for your whole life. 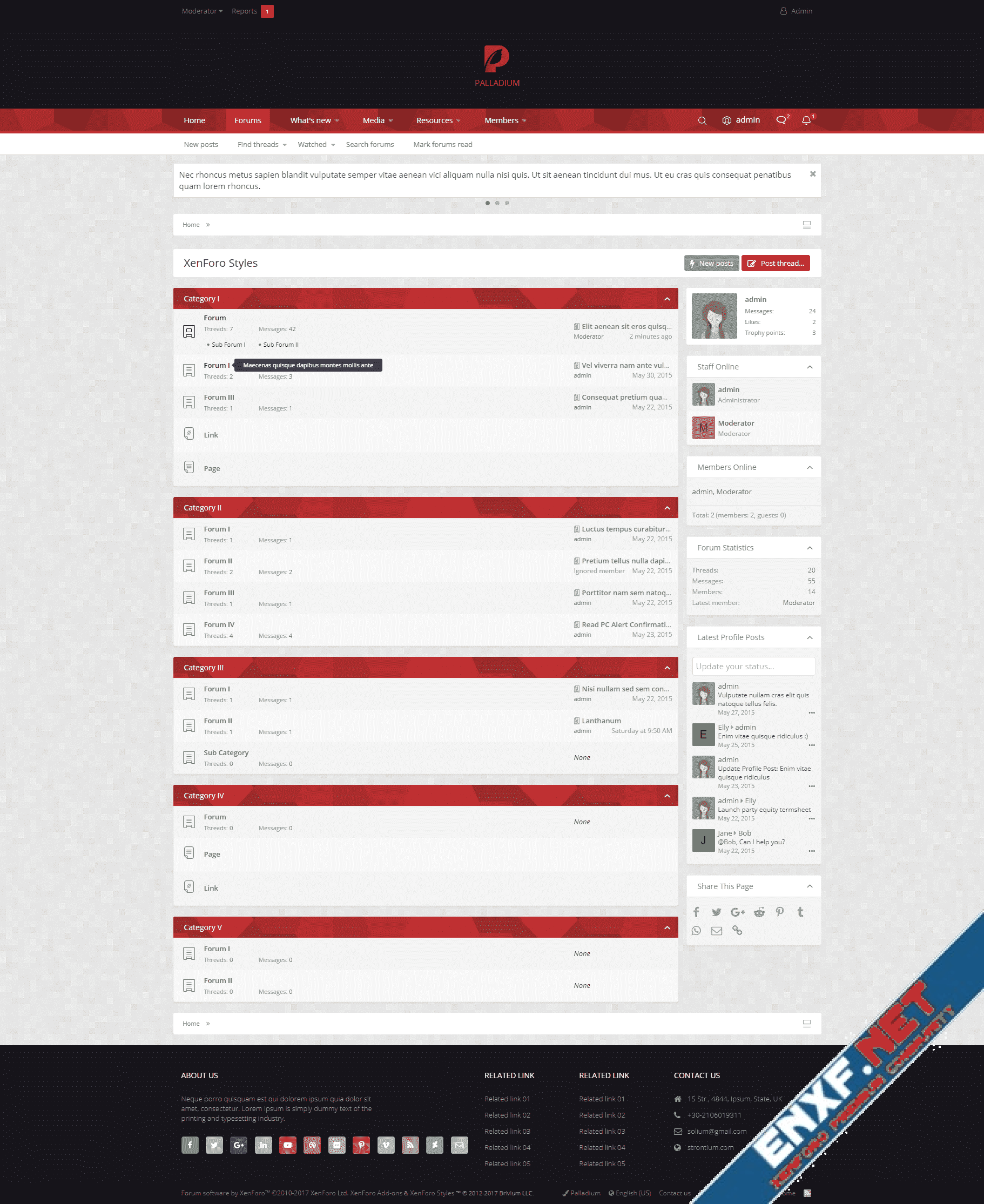